To-Do Lists: What Is Enough? 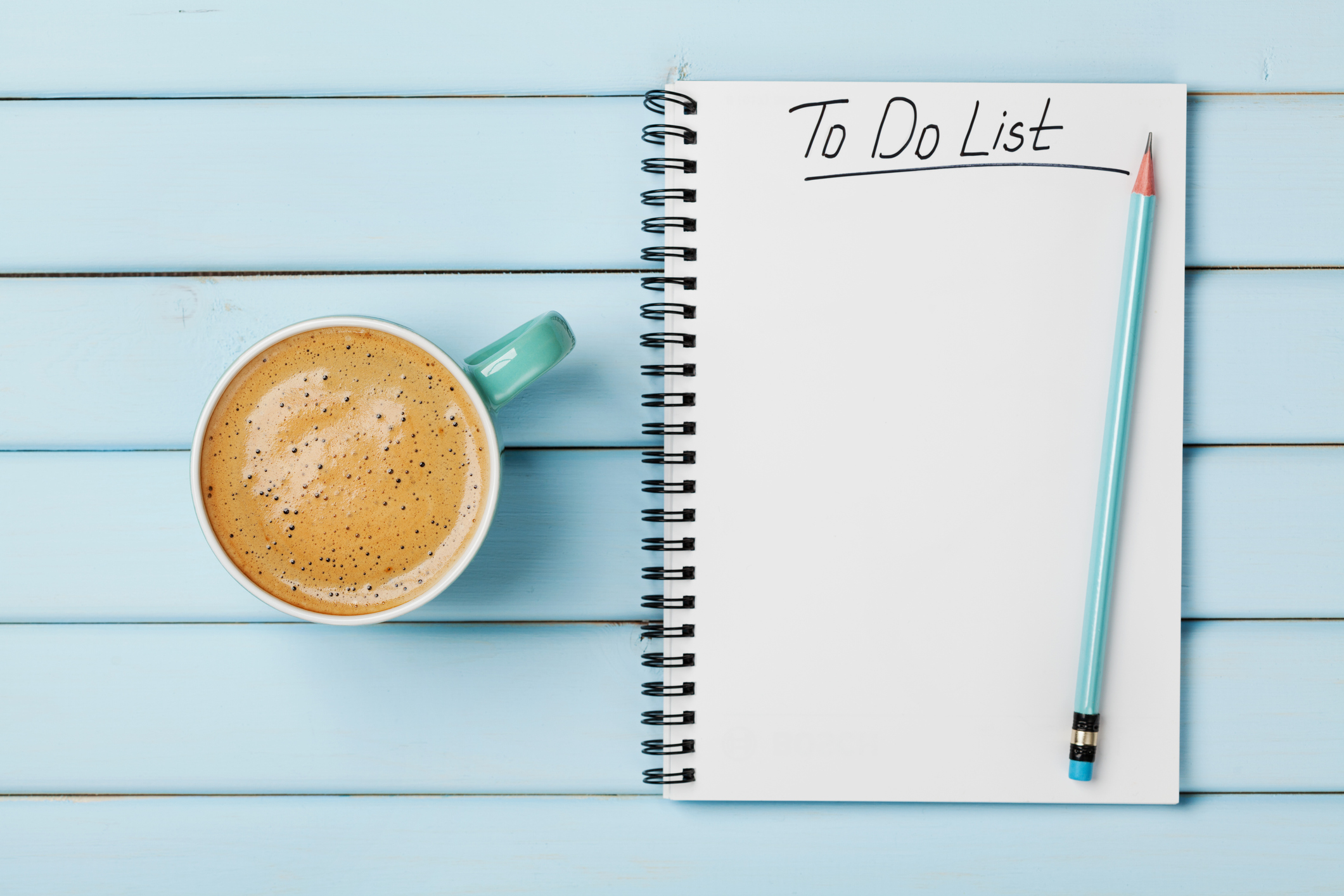 Productivity people LOVE writing about to-do lists! There are a ton of great ideas out there for how to manage your tasks, both the everyday stuff and the big, multi-task project stuff. For the month of September, often a mental fresh start after the summer, I’ll be discussing the top four methods of keeping and dealing with your to-do list. I’ve culled the huge number of methods out there to just a few that I have found to be helpful for myself and some of my clients. Bear in mind that there are more ideas and methods out there than there is time to try them, and the best method for you may not even be close to one of the ways I mention here. But over the next few weeks, I’ll be writing about my four top, tried-and-true favorite formats and methods, and my hope is that one of them resonates with you, too!

If just looking at the huge list of stuff you have to get done is enough to make you run away screaming from your desk (at least mentally, if not physically,) it may be time to take another approach. The 3-item daily to-do list is a popular method for many busy people, and it involves paring down your daily list to the three most important things you want/need to get done that day. In her blog on the topic, Melissa Camara Wilkins calls it her “Enough List.” She says,

“I used to think there was never enough time. At the end of every day, no matter how busy I’d been, there were always projects unfinished, emails unanswered, and household chores left undone. I hadn’t done it all, so I felt like I hadn’t done enough. And it’s only a short leap in your heart from “I never do enough,” to “I’m not enough…”

That’s when I decided to create an Enough List. See, an Enough List isn’t a list of everything you could possibly do in a day. It’s a list of what will be enough for today.”

Wilkins discovered that if she made a list of the three things that were most important for her to get done that day, that was enough. The concept is a simple, yet potent one. There have been many articles on the method, and they all seem to come to the same conclusion – avoid overwhelm by setting daily priorities. I’ve used this method for several years now, and what I’ve discovered is that many times, my to-do list contains several items that are projects, and not tasks. A task is something that can be accomplished in a single step. A project is something that requires many single-step tasks. In order to be most productive and be able to focus on the three most important things on any given day, I often had to break down my projects into single steps, and then choose just one or two of those steps along with a couple of other priorities to accomplish that day. It helped me avoid the “run screaming from the room” feeling that coursed through me when I looked at the lengthy list of stuff I had (or wanted) to get done. Getting just three things done each day seems to be just enough for me (and others who have advocated for it) to feel as if my day had been just productive “enough” to be satisfying, and to keep me motivated instead of overwhelmed.