Not Insane, Just Stuck (or How to Make a Change and Make It Stick!) 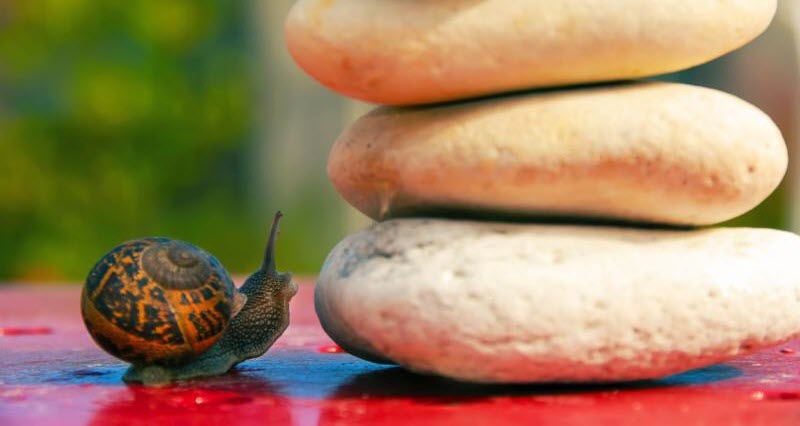 Here in New England, we have been inundated with snow. Storm after storm, we hardy New Englanders soldier on, trudging through snow banks as high as our heads in some cases. This has all contributed to a severe case of cabin fever! Many of us feel trapped in our homes and offices (think of the mad dash through the cold to your car, then the mad dash into your office. Rinse and repeat at the end of the day.) When that occurs, our surroundings become either claustrophobic and overwhelming, or peaceful and relaxing, depending upon our situation. If feeling overwhelmed and claustrophobic is your response to your living or working space, it’s time for a change!

When your spaces feel suffocating and overwhelming, is your first response to go shopping? Often, the impulse to get your space organized is followed immediately by the rush to the store to buy bins, baskets, folders and labels. “Yes, indeed,” you think, “if I have all of that organizing stuff, I WILL BE ORGANIZED! Why, I can just feel the organizing juices flowing through my body!” Then you get all those supplies home, or into your office, wave your magic wand, and, just like the Sorcerer’s Apprentice, it’s magically all done! No muss, no fuss, no sweat, no decisions. Whew! That was easy!

Wait, that’s not what happened? I can feel the deflated spirits, see the dejection now, as those bins you thought would be so perfect don’t quite fit on the closet shelf. When the shoes overflow the fancy new shoe rack. When the magazine holders don’t hold even half the magazines you’ve accumulated, and are just a HALF AN INCH too tall to fit on the bookshelf you had planned for them. When you unearth an entirely new, unused box of file folders in the supply closet from the last time you were overcome with the organizing fever, and you’ve already lost the receipt for the box you just bought so you can’t return them. And you really don’t have time to trudge back to Staples again, anyway. So the shiny, new organizing stuff becomes just that – more stuff. Piled up in the corner, filling what space is left in the closet, becoming part of the cluttered landscape that is your living or working space. And leaving you feeling guilty, frustrated, and like a failure because you just couldn’t seem to get it done. Again.

I’m tempted to use the tired old quote about the definition of insanity (you know, doing the same thing over and over again and expecting different results.) But, in my experience with my clients, none of them are insane. And probably, neither are you. They’re just stuck. Stuck in their old way of doing things, and giving up when it doesn’t work. And they’ve bought into the whole Container Store catalog, Pinterest, Real Simple magazine, “look at the pretty pictures of perfectly organized spaces and believing that it’s all about the stuff” mentality. One of my colleagues coined the phrase “organizing porn” to describe it.

What I think is a more accurate label for this behavior, rather than insanity, is perseveration. Not in the clinical sense, obviously, but as an attempt to gain some insight into a self-defeating act. Perseveration is the pathological, persistent repetition of a word, gesture, or act. Like going out to buy organizing supplies every time you want to get organized and then leaving them to pile up in the spare room. What’s really needed to change your spaces and time is perseverance. Perseverance is the steady persistence in a course of action in spite of difficulties, obstacles, or discouragement. (read the article from Psychology Today) Organizing your spaces, paper and time is all about digging in, working at it in small chunks at a steady pace, and persevering until the clutter is under control (and mostly gone.) Then, it’s about persevering in creating new habits so that the same problem doesn’t crop up again, and again, and again.

The first step in getting things organized is to figure out what you have, what can be let go, what you want to keep, and where you want to keep it. That requires the persistent work of sorting like things with like things, making decisions about whether those papers, possessions, and commitments are relevant and useful to your life as you’re living it right now, TODAY. Not how you used to live it, or how you might live it in the future. It’s about touching every single object or paper,examining every task and commitment in your calendar, and about letting go of old, outdated, irrelevant stuff, concepts, and attitudes. Decide where the stuff you’re keeping will live (that goes for things that inhabit space in your calendar, too, by the way.) Assess and evaluate. For physical spaces, MEASURE! (That’s what helps avoid the “half an inch too tall” syndrome.)

Then, and only then, do you go shopping for those fancy bins, baskets, or folders. You may find, as so many of my clients do, that they don’t really even need to buy much, if anything, because we’ve emptied out or unearthed so many organizing supplies that they already possess.

Once you’ve finally persisted in achieving your goal of functionality, productivity and living in peace in your surroundings, persevere in creating a new way of living in those surroundings. New habits are all about being a little uncomfortable for a while, getting discouraged sometimes, overcoming obstacles, and making some challenging new choices when the old ones seem so much easier.

Insanity – no. Perseveration – no.