Downsizing, or Rightsizing? Making Your Move 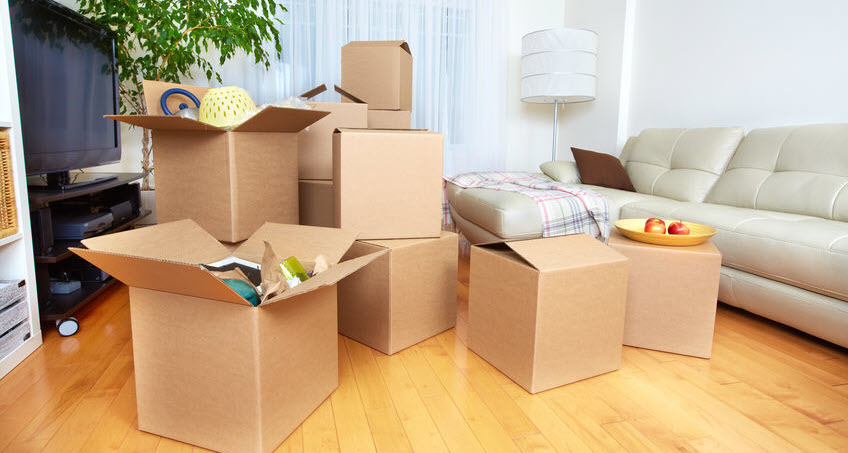 Lately I’ve noticed a proliferation of articles containing advice and tips for those who are downsizing. Spring seems to be the apex of this surge of information, as many are selling their long-time homes and moving into smaller, more manageable spaces. And many folks are not necessarily downsizing, but going through the process of moving to a new home at this time of year.

Although professionally I don’t include downsizing or packing and unpacking in my menu of services, I have a soft spot in my heart for folks who are trying to make a life change by moving to either a smaller space, or just a new space with different parameters. My husband and I made this life-altering decision four years ago, and although there were many challenges, we haven’t regretted it for one single moment.

Whether you are downsizing, or just moving into a new space, I think the concept of “rightsizing” your space applies no matter what the situation. It’s a time of renewal, of fresh starts, and of moving on to hopefully better things in life. Rather than dragging along the detritus of years of accumulated stuff, many folks are trying to live a lighter, freer life, less burdened by possessions and the hassle that packing it all, moving it, unpacking it, and storing it all again brings. While it’s never easy, there are a few things we learned along the way that may make your “rightsizing” a little easier and a little less stressful.

Whether there is a move in your future or not, ridding your current home of excess stuff on a regular basis makes any kind of move easier. Too many folks wait until the last few months before they begin the packing and sorting process, and the entire prospect is overwhelming. I started clearing out the attic, basement, and closets in our home several years before we actually moved, knowing that the years of accumulated stuff would take a long time to go through. Even then, the last few months were still a challenge! If you know that your home is full of stuff that you wouldn’t take with you if you went to a new space, or that you won’t use in a new space, or that you don’t want to pay someone to move, start weeding out today. Start small – one closet, one drawer, one corner of the basement, at a time. Start NOW! One small step at a time. You won’t regret it. Whether you eventually move, or stay where you are, having less stuff to manage pays off in the long term.

You already know you have more stuff crammed into your home than you really need, use, or love. Don’t make the problem worse by bringing more things in on a regular basis. Think carefully while you’re shopping, or before bringing anything additional into your space – is it really valuable? Does it serve a purpose that something else doesn’t already? Do you love it – I mean REALLY love it? Will it enhance your life, or will it just be one more thing for you to get rid of later?

3. Memories live in your head and heart – not in your stuff

Start separating your memories from the physical items that represent them. Your memories live in your intellect and in your emotions. Unless you are regularly using or looking at something that brings back fond memories of the person or the experience, let it go. Having it sit in boxes in the attic, basement, garage, or the back of a closet doesn’t bring those memories any closer or make them more sweet. If you have memorabilia or sentimental items stuffed away in storage, either in your home or in a storage unit, and you can’t really remember exactly what’s there or why you’ve kept it, or if you haven’t actually looked at it in years, it’s not keeping anyone’s memory alive, or reminding you of happier times. It’s just more stuff filling up your space and intruding upon your enjoyment of your life.

When we had to divest ourselves of all of our outside equipment – going from house with yard to condo with no outside space – we struggled with how to let go of stuff both large (lawnmower, snowblower, etc.) and small (rakes, shovels, clippers, etc.). We finally decided the best course of action was a combination of give away and sell. We posted everything on Facebook, asked a small sum for a few of the larger things, and said, if you want it, come and get it by ______ (date.) In just 2 weeks, we had an empty garage and garden shed. One of the best moments came when my friend, Claudia, came to buy my almost-new exercise bike (an ambitious purchase post-knee replacement and hardly used :-). She brought her son with his truck to haul it out of my basement and get it to her home. In the process, I discovered that her son, recently married, had just bought his first house. They had zero lawn equipment. I eagerly offered him the run of the garage (we had previously sorted things into piles – some to sell, most to just get rid of.) He joyously took rakes, shovels, hoes, clippers, etc., many of which we had inherited from our parents’ homes years before. He was ecstatic, his mother hugged me with tears of gratitude in her eyes, and my husband and I felt like we had passed the torch on to the next generation, as our parents had done for us. It was the most wonderful feeling, and worth so much more than the few paltry dollars we might have netted on Craigslist (not to mention the hassle we avoided!) So much of our stuff brought joy to others – the art supplies to our church Christian Education department to be used for Sunday School, the books to our local library for their annual book sale, furniture to the friend of a friend who was a former vet moving into an empty apartment, and just a few things to our kids and their friends (only what they asked for.) What no one else wanted we hauled to Saver’s and the Salvation Army – all to be reused and repurposed by someone else. Yes, there was some stuff that had to be tossed, but giving away the stuff that we no longer needed in our pared-down space and life felt so right, and brought us so much more satisfaction than trying to eke out every last penny.

There were many things we found that no one really wanted. While we would have liked to have found the PERFECT place for all of it to go, our time was limited. It turned out to be a blessing in disguise. With time to spare, I would have agonized over making sure that everything found the best home. But, realistically, there was just some stuff that we had to let go. Foisting it off on someone else who really didn’t want it would just transfer my burden to them to ease my own guilt – of spending too much on it, or of putting it in a landfill somewhere. I even struggled over letting some of my kids’ school projects, papers, and childhood stuff go. Now, they had made it clear that they DIDN’T WANT IT! And I hadn’t looked at any of it since I had deposited it in the attic. I finally realized that it was just STUFF. Physical stuff. Stuff that didn’t make the memories any sweeter than they already were in my head. And, for damned sure, I wasn’t going to live the rest of my life carrying it around! So, I let it go. And the psychic burden of carrying around all that STUFF was lifted. And it felt…amazing!